The Assam Livestock and Poultry Corporation is taking steps to increase egg and meat production that will generate employment and help supplement the nutrition level in the state. Subsequently, they have adopted layer farming to help boost the production and attain self sufficiency in egg production.

A commercial Layer Farm is established under the technical collaboration of the ALPCO at Mazirgaon, Near the Airport, Polashbari , Kamrup, Guwahati, Assam. The farm established a capacity of 7500 commercial cage layer farms in 2015-16. They have inducted brown layer –Hy-line silver brown birds and started production since July 2016 which is operating very successfully. They have developed a brand- MB fresh which has raised the demand in the markets and increased the sales to a good extent.

As a part of technical assistance (TA) program, the South Asia Enterprise Development Facility (SEDF) of International Finance Corporation (IFC) provided consultancy to Assam Livestock and Poultry Corporation Ltd (ALPCo) in undertaking series of activities aimed at development of poultry (Layer) enterprise in the district of Golaghat and Jorhat, Assam. Golaghat Government Poultry Farm – a unit of Assam Livestock and Poultry Corporation Ltd played the crucial role in mobilizing resources and in providing assurance for supply of inputs e.g. Kalinga brown pullets and formulated layer feed to project beneficiaries.As an outcome of the initiative all together 13 trained entrepreneurs applied for bank finances from Assam Gramin Vikas Bank to start small scale poultry layer enterprise within the districts.As suggested during training programs, seven numbers of entrepreneurs who have received bank finance started their poultry layer enterprise on a cluster mode in a village named ‘Gohain Gaon’ near Golaghat town. The clustering ensured competitive advantage for each of the member farms as far as collective procurement of inputs and marketing of eggs are concerned. 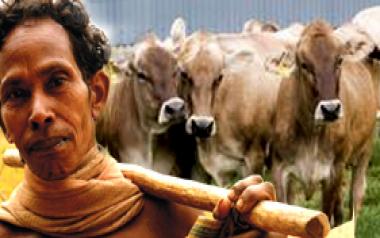